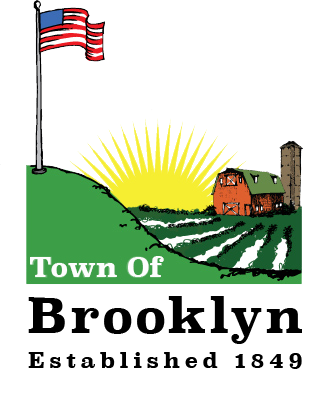 When Town of Brooklyn residents drop off their recycling, they can come back with an unexpected treasure, as the two “Little Free Libraries” outside the recycling center made out of recycled appliances are filled with books for both kids and adults. ***

Julie Anderson curates the libraries, puzzling over which books might appeal to potential patrons and making sure they’re all in good shape. She’s also in charge of maintaining the “premises,” which in this case means a repurposed microwave on a grill stand for the kids’ library and an old washing machine atop a treadmill stand for books for adults.

It’s a project she took over a couple months ago at the behest of Russell Cichy, the Town of Brooklyn’s treasurer. At the time, the libraries weren’t in the best shape: the kids’ one was home to a hornet’s nest and the adult one was leaking.

“Nobody’s gonna take a book from a moldy library,” Anderson said, so she cleaned out the old washing machine, threw away the offending books, sprayed it down with bleach and asked for help lining the inside.

Now the inside is clean and fresh, full of newly donated books that are ready for a new home. The libraries are open to the public, as they sit outside the gates to the town’s recycling center.

The hornets have been dispatched from the kids’ library, the grating taped over, and the whole structure ready for a new coat of paint. Anderson has tried spray painting it, but might switch tactics. She’s thinking a red, white and blue color scheme would go nicely.

There are lots of great books to offer, including what looks like the better part of someone’s Hardy Boys collection, a few other sci-fi series and a Cub Scout handbook.

Bob Strous built the first library out of an old washing machine, which is now the adult library. Strous, now deceased, was instrumental in starting the entire recycling operation for the Town of Brooklyn, Cichy wrote in an email, and spent many years chairing the Recycling Center Committee.

Cichy built the kids’ library, affixing the microwave to the grill stand, building a roof (complete with shingles) and painting the whole thing, including the slogan “Kids Read Free” on the front.

Little Free Libraries started in 2009, according to its website, when founder Todd Bol made a model of a one-room schoolhouse to honor his mother, a teacher who loved to read. He put it in his front yard in Hudson and it soon spread among friends and neighbors.

In 2017, there were over 60,000 registered Little Free Libraries scattered among all U.S. states and over 80 countries, according to its website.

Anderson can be found tending the libraries most Saturdays, which is when she normally takes her recycling in. She’s glad for the opportunity to recycle books and give them another chance in someone’s life.

“You always feel bad throwing a book away,” she said. “It’s like a sin, you know?” 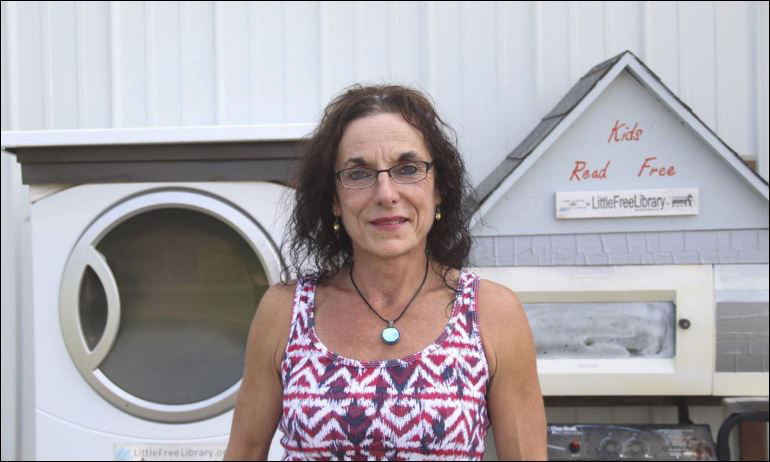